HOW TO BECOME A PILOT, STUDENT PILOTLIFE

Where are all the female pilots at?

”Hello, this is your captain speaking. Welcome onboard. We are now flying to…” – you can hear from the speakers in the cabin. Have you ever thought about how rare it is having a woman welcoming you on a flight? It's almost a written rule that it should be a man sitting in the cockpit and maneuvering the aircraft. That's just the way it is and always has been. But why? Why are there so few female pilots?

Only 5% of the world's commercial pilots are women

Only 5% of the world's commercial pilots are women, according to the International Society of Women Airline Pilots. But it doesn't mean that women would be worse off handling an aircraft than men. We asked Laurence, Katrin and Mariam, who are studying integrated programs; First Officer Program and Mentored Cadet Program at OSM Aviation Academy, what their thoughts are about the shortage of women in the profession and what to do if you're interested in becoming a pilot.

Laurence from France is studying First Officer Program in Västerås

Is the women pilot shortage a problem?

"I've never seen it as a problem" - says one of the girls. Only when others have noticed it she thinks about it. So, why should we pay attention to it? The opportunities to start studying are the same for women and men. Nowadays, there are plenty of opportunities, unlike in the past when women were not even allowed to fly. Why do we highlight the need for more women?

It's known that having more women in the workplace is associated with positive outcomes for both men and women according to different studies. That's only one reason why we should do something about it.

The lack of female role models may be one of the reasons why many girls or women don't even think about becoming a pilot. Many people think that it’s only men who sit behind the levers and therefor not questioning it. We need more people who question and challenge the norm of the invisible rules that still exists. We need more women pilots as role models who inspire more women to dare to take the leap. Because many simply do not dare.

>>Read the inspiring interview with Olivia and Linn, two female captains about their day-to-day life as pilots and why they chose to be working in aviation<<

The feeling of power

The girls we spoke to are tough, they know what they want and there are no obstacles when the goal is set. If they have a goal, they’re going to get there. When we asked why they want to become a pilot, the answer was: "Can love be explained?"

"Can love be explained?"

They absolutely love flying. "Getting up in the air is so unnatural and exciting at the same time." Controlling an aircraft up in the air gives kind of a feeling of power, said the third, and there is no doubt that they are liking it. They get support from their fellow classmates and they almost think it's more of an advantage to be a woman.

Believe in your dreams

Believe in yourself and your dreams. That is what their advice is to you who is considering to walk the same path as them. If you need help or a little push to take the first step then don’t hesitate to contact other women who are already on their way lining up on the runway.

Continue to read the stories from some of our former students and flight instructors here:

>>Lexie about becoming a Flight Instructor<<

Tune into the Pilot Talk podcast where the hosts interview two female students from the First Officer Program in Arendal, Norway. With them they have their instructor, Lexie, to get the female perspective on the aviation industry.

OSM Aviation Academy intends to increase the number of women pilots and has strengthen its flight training offering in the United Stated by acquiring the renowned Flight Center US in Fort Lauderdale, Florida. Read more here. 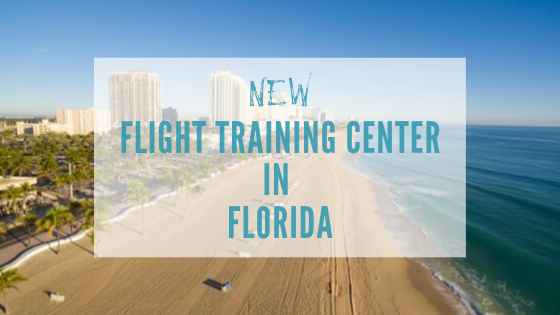