Therese graduated from OSM Aviation Academy in 2007, just as a severe financial crisis impacted our global economy. She has a very inspiring story of resilience, as she fought her way through the crisis and even built a solid foundation for an impressive career. Therese worked as a Flight Instructor at OSM Aviation Academy during the financial crisis, she has formerly held the role of Safety Manager at regional Swedish airline, and today she works as a Compliance Monitoring Manager (CMM) and is a Captain flying the Cessna Citation XLS.

Therese has taken it upon herself to engage with new projects throughout her career and has grown with every challenge. There are many great lessons to be learned from her in this article, from how you can survive and thrive through challenging times, to raising children and finding balance when both parents are pilots.

You can also listen to the episode by The Pilot Talk Podcast with Therese Oswaldson by clicking on the play button above.

“I started flying at OSM Aviation Academy in 2003, graduated in 2005 with a CPL  License. At the time when I finished my pilot training, there was no jobs available due to the financial crisis, so I decided to start working as a Flight Instructor for about a year, then I started applying for jobs to take the next step into my career.”

Therese is a very inspiring lady, she has been flying since 2003, is now a Captain on a Cessna citation 56CXL and is flying VIP all over the world (mostly Europe). She has an extremely inspiring career path with some interesting choices taken with lots of initiatives throughout her career and branched outside the cockpit into Safety Manager and Compliance work. Therese proves that you can broaden your career into different areas and that combining it with flying can be a very interesting job.

After one year working as a Flight Instructor at OSM Aviation Academy, she got a job as a First Officer for a regional Swedish airline. After a while, she felt that she did not just want to fly, so she decided to talk to the management team and asked if they needed help with anything, then she got the opportunity to do some administrative work beside the flying part. So, she went from Flight Instructing, to Commercial Flying and now suddenly into the Compliance and Manuals, how cool and inspiring?!

Finding a balance between family and work

Therese has two kids, who are 4 and 6 years old, this has created some challenges during her life when combining such a time-consuming work together with having a family.

Her husband is a Pilot as well, and when they were expecting their first child, they realized quickly that it would not work with them both having full time jobs as pilots. It ended with her husband getting an opportunity of working for the Swedish authority and starting to work more office hours and Therese also continued combining flying with Safety Manager and Compliance work.

“Being two Pilots and having two kids requires a lot of planning, every week we have a planning day to look over the upcoming week in order to make it work.”

It is working good for them now even though it seems quite impossible for some, you only need to put more time into planning your days. And the fact that they both do not only work as airline pilots makes it much easier for them to plan their working hours.

However, Therese mentions that she has friends that are parents, and both working as full-time airline pilots and still manage to make it work with a bit of help from their parents, grandparents etc., so there is always a way to make it work.

“One of the good things about the aviation industry is that you can work yourself up, in my case I started from the bottom, being a First Officer and then after a couple of years I ended up being a Captain and Safety Manager, this made me gain a lot of experience and work with a lot of interesting and driven people.”

“I think working as a Flight Instructor was a great experience and I really enjoyed teaching others how to fly. I still enjoy teaching others and talking about for example safety stuff. And I think that being an Instructor brought out the bold part of me, such as when I went to the management team and told them that I wanted to try new things such as compliance and safety.

Being a Captain and a Flight Instructor is similar in the sense of always thinking in the bigger picture and making sure to know when you need to take control. Once an instructor, you are always an instructor, as a captain you are still looking after the First Officer and then if something drastically wrong happens, then you need to take control and then you will debrief him/her and talk about what went wrong and what needs to improve, which is what a Flight Instructor basically does all the time. 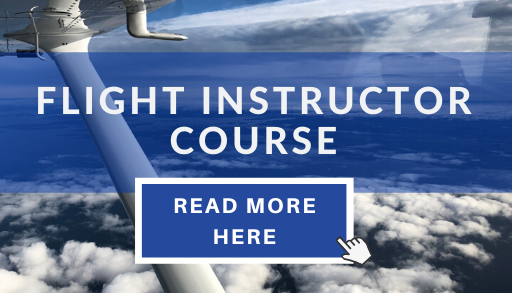 April 27 As lockdowns, facemasks, and social distancing have become household terms around the world, our global society has become accustomed to a more restricted way of living. The leaps made in modern technology have...
Read article

March 8 Amelia Earhart, one of the most famous aviators in history. Known for not being afraid to break down barriers. The first female aviator to fly across the Atlantic Ocean, as well as the first person to fly over ...