It’s incredible to see the journey from being a student pilot to becoming a flight instructor in such a short period of time. Staffan has always wanted to become a pilot and never stopped chasing his dreams. His first solo was when he was 15 years old and now he is helping other students accomplish their dreams, dreams that he once had…

From Student Pilot to Flight Instructor

Tell us about your background, who is Staffan Eriksson?

I was born in Falun, Dalarna, and I lived there until 2017. I started flying motor gliders at an aeroclub in Avesta when I was 15 years old. During this time I had also been involved in the youth organisation of Frivilliga Flygkåren (Civil Air Corps), called Young Pilots, for a few years. I continued flying motor gliders quite frequently with friends and family until I graduated from High School, got accepted to OSMAA and moved to Västerås. My involvement in Frivilliga Flygkåren is still a big part of my life, which I will come to later on.

I studied the integrated YH program at OSMAA and in June 2018 I did my check ride for the CPL/ME/IR, followed by the class rating for Single Engine Piston.
After the check rides, I had a short summer break and then I applied for the YH Flight Instructor course and I was lucky enough to get accepted.

My journey took approximately two years from the integrated program, to becoming a flight instructor. After my flight instructor check ride, I did part of my internship here at OSMAA which resulted in my current employment as a flight- and theory instructor. In combination with the OSMAA internship, I also continued within Frivilliga Flygkåren – but now hired with the main focus to be responsible for the whole youth organization and its members all across Sweden.

Why did you choose to become an instructor and work for OSMAA?

I chose to become an instructor because I think it's a very fun and challenging profession. It´s an art to be able to take the knowledge that I received from my instructors and from my own experience, and to pass that along to my students. You need to think about things twice or more before you instruct someone, since you really need to understand the background in the things that you're teaching.

For example, you can't just accept the fact that aircraft’s fly. You will need to think about what it is that makes an aircraft fly to be able to learn the students about it.

Another reason is that I really enjoy flying airplanes! As an instructor, I continue to fly the small aircraft’s and at the same time, I become a better pilot and educator. For me, it was quite a natural step on my way to the larger aircraft.

Why did you want to become a pilot?

From the very beginning, I have always had an interest in cars, boats, trains and of course aircraft. Basically, all kinds of machines. After a while I started to get more and more into only aircraft.

One of the reasons for that is that I think that it’s fascinating to control such a complex piece of machinery. This has now evolved to the fact that I like the cooperation that flying is all about, the fact that all flying is about a teamwork. If you look at the departure of a commercial flight, you can't manage it without this team. A team built up by the cabin crew, technicians, ground personnel, pilots and so on. To make it work you will have to cooperate and all the different knowledge that these persons possesses is required to make the flight possible.

As a pilot, you are the team leader in this cooperation, and I believe that this is a challenging but at the same time rewarding position.

Why did you choose to do your flight training at OSMAA?

I did the YH program, and the reason that I choose OSMAA was initially because I wanted to have a CPL. Therefore I thought that OSMAA was the right school for me.

When I started here I didn't know so much about the nice atmosphere and competent instructors. I had some friends that had went here, but the major reason that I chose OSMAA was because I wanted to have a CPL together with the ME and IR.

The reason behind my ambition of a CPL was because of the fact that I, from the very beginning, had plans to become a flight instructor. With other licenses offered it's not possible to become an instructor and therefore OSMAA was my first-hand choice. The training matched my goals and ambitions and I also, as a bonus, realised which high quality of the training the school is performing and that I wanted to be a part of the OSMAA-team one day. To sum things up, I am very happy that I choose to do my training at OSMAA!

What's the best aviation moment in your life?

The most special moment for me as a pilot is, of course, my first solo flight as a fifteen-year-old. My first solo was when I flew the motor glider in Avesta alone for the first time. I remember it was a winter day, I first flew a few flights with the instructor, and then he climbed out and said that I would have a go on my own. Initially I doubted him, but he convinced me, so I agreed on it. I departed from the small grass field and did some turns over a lake close to the airfield. I remember thinking, when I was flying around all by myself: “So… How do I get down from here!?”. I managed it and immediately felt that it probably was going to be one of my greatest aviation memories.

After this, of course, I created a lot of other great aviation memories, both with friends and flying by myself. Both within the studies, but also before and after the studies. But the far greatest moment in my career so far is the first solo flight!

What was the best part of your OSMAA student time?

In general, I will say the final phase of flying. I liked the IFR route phase. In this phase you are planning the flight on your own, deciding where you want to go and how to get there. You have to plan it yourself; call the airports to see if it is possible to land, check the weather, route limitations and so on. Overall, the IFR route phase in combination with the multi-engine phase are according to me the best parts of the training.

The theory was tough, all the three phases. But during the final part, you saw the end of it. It also felt more applicable when you could apply it to the flight training, both when it comes to flight planning and performance calculations but also operational procedures and mass and balance.

What advice would you give to somebody who is thinking about becoming a pilot?

First of all, if you're considering doing it, I would say: “Do it!”. It's a very rewarding education and you get to learn more about yourself and how you handle different situations, but it's also very challenging because the course has a high tempo and requires a lot of you as a student.

Be sure to be prepared for the fact that it is a challenging training course. Although, it’s not at all impossible! Just make sure that you're not going into the training with the thought that it will be a walk in the park.

What are your plans looking forward?

Well, my plans for the nearest future is to continue with what I´m doing, since I like it a lot. I have good colleagues and I enjoy the different tasks that I face at work. Another good aspect of the job as an instructor is working close to the students, and to be a part of their achievement of becoming commercial pilots!

Interesting in knowing more about the integrated programs at OSM Aviation Academy? Click here or the image below to see what OSMAA can offer you. 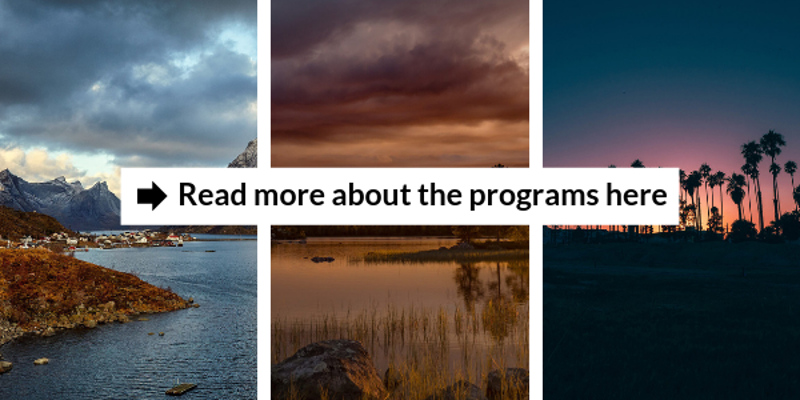 April 27 As lockdowns, facemasks, and social distancing have become household terms around the world, our global society has become accustomed to a more restricted way of living. The leaps made in modern technology have...