OSM Aviation has strengthened its flight training offering in the United States by acquiring the renowned Flight Center US in Fort Lauderdale, Florida. OSM Aviation intends to increase the number of female applicants, improving the gender balance in the industry and mitigating the global pilot shortage threatening both airlines and plane manufacturers.

“The entire industry is facing a dramatic pilot shortage. The airline industry risks losing the war for talent and the regional airlines will be the first to suffer from a growing shortage. There is a need for over 100 new pilots every day, twice the number currently being educated. Only 5 percent of all operating pilots are women. I choose to see this tremendous lack of gender balance as a huge potential as we promote and facilitate career opportunities for the next generation of aviation professionals”, says Espen Høiby, CEO of OSM Aviation.

Only 5 percent of all operating pilots are women. I choose to see this tremendous lack of gender balance as a huge potential as we promote and facilitate career opportunities for the next generation of aviation professionals”

The new flight academy, which will be commercially branded OSM Aviation Academy US, currently has more than 100 students in continuous training with the ambition to more than double the production over the next year. OSM Aviation Academy US will educate and provide highly qualified FAA licensed pilots especially aimed for both the US and Latin-American markets and for OSM Aviation’s clients of domestic, regional and international airlines.

The new academy will also be a first-mover in using all-electric aircraft for the purpose of training the next generation of pilots. These aircraft, eflyer 2, are scheduled for delivery by the Colorado-based aircraft manufacturer, Bye Aerospace, in 2021. Meanwhile, Flight Center US’ current aircraft fleet, comprising of Cessna single engine- and Diamond multi-engine aircraft, is a good fit with OSM Aviation Academy’s focus on standardized training fleet and cost-effective maintenance.

Together with its partner company, Flight Center Academia de Vuelo in Buenos Aires, Argentina, Flight Center US has successfully trained and rated more than 5000 professional pilots since 1986. The school was first established in the US in 2012 at Fort Lauderdale Executive Airport and is authorized by the Federal Aviation Authority and SEVIS, allowing for international student visas.

“Our academy in Fort Lauderdale has a highly experienced staff, scalable facilities and flexible student arrangements, which together with OSM Aviation Academy’s quality template and commercial platform will greatly benefit both students and airlines,” says Bjørn Granviken, Managing Director of OSM Aviation Academy. “The acquisition is an important step in our strategy for further growth in the United States.”

Established six years ago, OSM Aviation is an innovative and global specialist in the employment, training and administration of aircrew, technicians and ground staff. The company currently employs 6000 pilots and crew members across the globe, serving its vast portfolio of international client airlines. Recently, the company invested in 60 all-electric aircraft to train next-generation pilots at OSM Aviation’s academies in Norway, Sweden and in the United States. OSM Aviation has had an operational and local presence in Fort Lauderdale since 2013, providing crew management for Norwegian Air Shuttle. Tune into Pilot Talk, a podcast where you will get real life experiences stories from the aviation world and meet interesting guest from all over the world. >>Listen here.<< 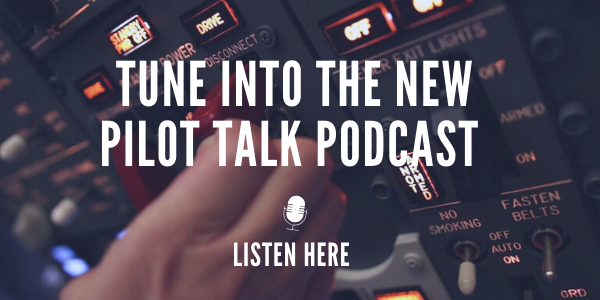 June 22 Every month, the safety department of OSM Aviation Academy sends out a Safety Letter to all flying personal and students with information on how to stay safe in the air and ground. In this month's Safety Letter...
Read article

May 4 In September 2021 a sporty, agile and beautiful aircraft will arrive at OSM Aviation Academy's training location in Fort Lauderdale, Florida. The GB-1 Gamebird has been designed by renowned aerobatic champion P...
Read article

April 22 Taking care of Mother Earth is one of the greatest responsibilities for mankind, Earth is what we all have in common! We can all contribute to help take care of our home planet! 🌍🌱 In this article, we discuss...