Kicking the tires – The walk-around pt. 1

It is not entirely uncommon to joke around that we pilots take a stroll around the aircraft, kicking the tires and getting some fresh air. It may not look like we're doing much more than that but let me assure you, other than just checking the overall condition of the airplane, there's quite a few vital checks that has to be done when performing an external inspection (EI), or walk-around. Let me take you on a tour around the outside of the Boeing 737! Read the different sections below, the details will be pointed out with pictures. Enjoy!

The walk-around begins at the left side of the nose, because it is a natural starting point after getting down the front stairs and go directly to the right. When you're done, you will finish to the left of the stairs and get back up to your colleague in the cockpit.

Nose cone/RadomeThe first thing to check is the probes on the left side, the TAT (total air temperature) probe, the captain's pitot probe and angle-of-attack vane. Here, we check for ice or other obstructions (I have seen a bumble bee with his buttocks sticking out of a probe once). Then you get in front of the airplane and look towards the nose, checking the condition of the nose cone (called radome) and the static strips. The stripes you see on the nose are not just rivets but static bonds that connects the cone to the rest of the airplane.

Looking straight up in the wheel well, note the brake snubbersTime to get up close by crouching into the nose wheel well. Here, we look up and primarily check the "snubbers", which are brake pads that slow the nose wheel down when it is retracted. They make a distinct braking sound which is easily heard from inside the airplane. Being brake pads that wear out, the important thing is to check that they are not worn down to the screws which would rip the tires. The nose wheel tire pressure is around 200 psi so it would generate quite the explosion. Moving my eyes back, I look at the overall condition of the gear assembly and the sensors that tell us if the gear is up or down and locked. Crouching down on my way out backwards I check the tire condition, the taxi light and that the oleo strut extension looks reasonable. Finally a quick wiggle on the gear doors to make sure they are attached properly. They should allow for a little play.

The nose inspection is finished by checking the probes on the right hand side, the first officer's pitot probe and angle-of-attack vane and the alternate probe.

Behind the nose wheel, note the highlighted tube, taped by mechanics to protect it

Time to crouch again. I'm now behind the nose gear, checking the strut again from a more clear view, the torque link assembly and some cables and tubing, one in particular that tend to wear out on the 737 (see picture).

Walking back slightly, we check for a green disc on the underside of the fuselage. This is an indicator for the crew oxygen bottle. Above the same point, on the side of the fuselage is the first officer's static and alternate static ports. Again, check for obstructions like ice and bumble bees ;)

Static pressure portsI always make a habit of quickly looking in the cargo compartments. A walk-around is mainly to check that the airplane is airworthy but part of it is also a security check where you must stay vigilant and look for objects that could pose a potential threat, i.e. suspicious objects and placements. Overall it means just keeping an eye out for things that don't seem to belong.

Further back, we check the air conditioning ram air intakes and the retractable landing light. Now we have made our way to just below the wing root leading edge. Here I look at and below the leading edge itself and the landing lights. Winter time, this is where it's time to start looking for signs of wing contamination (ice, snow etc). On my way around the aircraft, I'm in the best position to decide whether we need to de-ice or not.

Engine front close upThe engines are like small little walk-arounds in themselves. Now being on the inboard side of the right engine (called engine no 2), we check below the cowling for fuel or oil leaks. A jet engine is sensitive for smooth airflow so you want to spend a moment at the inlet, looking for dents or signs of foreign object damage (FOD). You might have seen us spin the fan and wonder why. Well, first you want to see and hear that it spins normally and that the blade tips run free (it's just a few millimeters between the tips and the inner wall). You also want run your fingers behind a few blades to make sure they are free of fan blade ice. Any ice actually build up behind the blades first.

Behind the engine, inside the cowlingYou do a similar check on the outboard side. I personally also take a quick glance behind the engine, checking the inner wall for damage or blood. It may sound creepy but I have seen left overs of bird here before and if you see signs of birds that have possibly made a death journey through the engine, a closer inspection by a technician is going to be necessary before you start it again.

If you have been following my earlier posts, you have seen everything from first preparations at the crew base, getting out to the aircraft, starting up the airplane and prepare the flight deck for departure, how everyone around the aircraft are doing their part and now finally, the external inspection. Next post, the journey around the Boeing 737 external inspection continues. 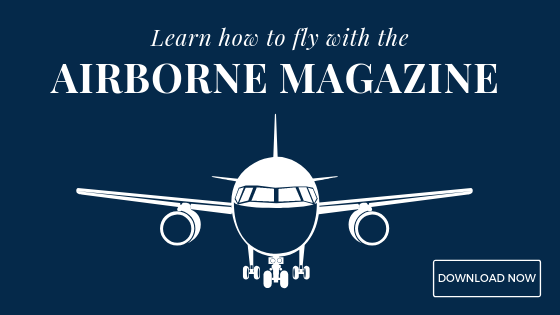 June 30 As spacecraft commander for Apollo 11, the first manned lunar landing mission, Neil Armstrong gained the distinction of being the first man to land a craft on the moon and first to step on its surface, in1966. ...
Read article

June 3 Interested in converting your EASA PPL(A) to an FAA PPL(A) in sunny Florida? And receive a unique flight experience in the most developed aviation infrastructure in the world? Once you understand the process, c...