Am I too tall to become a pilot?

As we have mentioned earlier on this blog, few subjects are as surrounded by myths and misconceptions as the aviation industry. The rumors floating around regarding pilots are often exaggerated - believe it or not, but most of my colleagues aren’t the “super humans” many imagine when thinking about pilots (don’t let them know that I told you that…), however, some of the rumors are, at least partly, true.

In this blog series we’ll do our best to sort out some of the most commonly believed myths surrounding flying - and pilots in particular.

We’ll kick this off with one of the most persistent rumors: “There are strict height requirements for pilots”.

Too many times to count have we heard “I’m too tall to become a pilot” commented in frustration by someone who have always dreamed of flying.

Yes, there are certain height restrictions for pilots, but a majority of humans fall within the approved spectrum. There are in fact no specific limits for what is considered to be too tall or short to be a commercial pilot. We suspect that the misconception has evolved due to the strict restrictions applied in the air force. If you want to fly as a pilot in the Swedish Airforce you have to be between 161 and 190 cm, simply to fit in, and safely maneuver the aircraft.

Fun fact: Tom Cruise who portrayed Maverick (a.k.a. the most iconic fighter pilot ever) in Top Gun, would actually have been too short to be accepted as a navy pilot IRL.

Regarding commercial aviation, the requirements aren’t quite as strict - yes, cockpits are adapted to an average human, but variables such as seat height and position can usually be adjusted. The height requirements are therefore more fluid and dependent on the body’s proportions.

If you are considering to become a pilot but are uncertain if you’re too tall (or short!) we would recommend you to visit us and try out one of our airplanes, that way we’ll know whether or not your height would be an issue (statistically speaking – it probably won’t!).

Stay tuned for other aviation myths and please let us know in case you have a particular question that you would like answered in this series!

Want to know if you have what it takes to become a student at OSMAA? Download our guide on how to prepare for our Pilot Aptitude Test by clicking on the picture below. It's free! 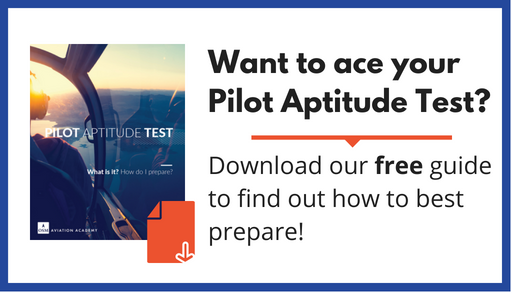 May 19 You might already have heard of UPRT, but in case you have missed it, this article will help you understand what it's all about. We will answer some of the most common questions regarding Advanced UPRT in the n...