HOW TO BECOME A PILOT, STUDENT PILOTLIFE

From Cabin Crew to Future Pilot

"We are basically only aircrew family" said William with a smirk on his face and his eyes shining with pride. For a moment, it felt like we were in the sky chattering about his admiration for the aviation world.

It is Tuesday morning and William is having a break from his studying for tomorrows test. He is a bit nervous about the test, but he still looks excited to talk about what he went through before he started fulfilling his goals at OSM Aviation Academy.

William Nilsson is a 24 years old student pilot at OSM Aviation Academy in Västerås. He is from the southernmost you can get in Sweden, Ystad. He is now living in Västerås and fulfilling his childhood dream of becoming a pilot.

How it all started

His working journey started as a bar manager in the west coast of Sweden. "Then I thought I got tired of that job and a job opportunity as a long haul cabin crew at TUI turned up in an advertisement by OSM Aviation" he said while holding together his hands and excited about telling more.

The cabin crew- and pilot life was something that William grew up with in his family. His father was a captain, his brother is a pilot for a huge company in Europe, his mother a cabin manager and his two brothers’ girlfriends work as cabin crew members. "It’s kind of rough to get together the whole family during Christmas since everyone has different schedules, but we still manage to celebrate it on either 22nd, 23rd or 24th" he said without making it sound like a problem.

William has always loved to work with service and he was more than grateful to get the opportunity to work as a cabin crew member and work in the sky. He got the chance to combine two things that he burns for, service and being in the sky, he got the best of both worlds.

He is grateful for all the help that he got from OSM Aviation during the process until he officially earned the job. "I have loads of memories as a cabin crew member, it was the most fun job ever! The most memorable is all the great colleagues that I met and of course all the amazing places that I got to visit, Thailand, Mexico, Vietnam…" he said while dreaming back to the cabin crew days.

When did you decide that you want to become a pilot?

"Since my mother was a cabin crew member, there was a day where you get to follow your mother to work, she took me with her for a 5-day trip to Thailand. I got to follow on board and hang with the crew, it was so awesome! I got to enter the flight deck and then I truly decided for myself that I want to become a pilot one day."

The journey from being a cabin crew to becoming a student pilot wasn’t like a bed of roses. He was afraid of getting a no, he thought that he wasn’t as smart as his friends whom also applied at the same time.

"Actually, my colleagues from the cabin told me to do it. They always said you have to apply, you have to try it and I'm so grateful for that, for giving it a chance"

William was at work as a cabin crew member in Thailand, the 19th of December to be specific, sitting by the beach, when he received the golden email, he received an acceptance letter for the YH-program at OSM Aviation Academy!

"I did the first thing that any reasonable guy would do, called my mom. Then we started crying together and then I called the rest of my family and we all just cried."

OSM Aviation Academy was an obvious option among all the other schools for William, he said "I did my research like any other person would do and came across OSM Aviation Academy, which was awarded pilot training center of the year! Also, the fact that I was hired through OSM Aviation before, I had never had a problem with them and it’s really a very good company"

William describes the academy like it’s running a little airline with all the different systems and airplanes. "This academy is living up over my expectations, I’m totally honest" he says with a smile drown on his face.

Work hard to achieve your goals

His favorite subject right now is meteorology, which he explains is about how the weather works and that’s something you use a lot in practice as a pilot. "I actually have a test in meteorology tomorrow, so I’m going to study the whole day today" he said while seeming a little bit nervous about it.

"It is a lot of studying. It was hard in the beginning to manage my time, that has always been my biggest challenge, you need to plan every hour of your day. It is hard work. However, it’s about having your goal in front of your eyes. Every day when you go to bed you need to think, what did I do today to get one step closer to achieving my goal?"

It is hard to avoid all the temptations when you don’t have the time for doing other things, but William mentions that he always thinks "This is only for a certain amount of time. It’s worth 1,5 years of studying and flying instead of being for example with friends and have fun, if it means that he will reach his goal." Don’t forget that time flies when you’re having fun! Studying for something you desire will make it more fun.

I asked William what he thinks is the best thing about flying. He got quiet for a moment and you could see from his face that this was not an easy question, then he says: "The freedom. The freedom of doing something that we people weren’t created to do naturally, that’s an indescribable feeling."

William wants to encourage you to never doubt yourself and give it a chance, since he has been in that situation and needed a little push from his family and friends. Imagine if you also gave it a try and start fulfilling your dream?

He wants to encourage you to give it a try if you’re unsure, here are some advises from him:

"I’m working as hard as I can to achieve my dream and all my classmates are just as ambitious and hardworking people, it’s so many people striving for the common goal, we help each other through every step and we always say: We made it if everybody made it!
There is really no competition, we want everyone to succeed."

What is the next step for you? Join us on a Pilot Open Day to get all the information that you need about becoming a pilot! 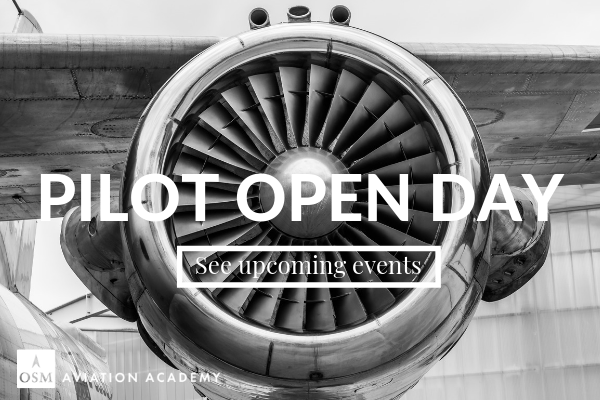 What are the differences between FAA and EASA?

July 5 We often receive the questions: What are the differences between EASA and FAA? and what is ICAO & CAA?  You will need to obtain an FAA license if considering becoming a pilot in the US, and an EASA license ...