In this article, we are going to explore the future of electric aviation together with George Bye, the CEO of Bye Aerospace, and Tony Thompson, the President of Quantum.

George Bye is spearheading the development of the eFlyer2 and the eFlyer4 together with his team at Bye Aerospace. He has a background as a military pilot and a Flight Instructor in the US Air Force, and George has previously worked with Raytheon and Boeing where he was deeply involved with the development of military trainer aircraft.

Tony Thompson has a background from the Massachusetts Institute of Technology (MIT) and has been an aviation enthusiast since he was a young boy. When he identified electric aviation as "the next big thing" this led him to get engaged in the electric segment of the aviation industry together with his team at Quantum. Quantum has set out to solve the mobility challenge that major cities are facing.

Want to listen to Pilot Talk's full episode together with George Bye and Tony Thompson? Click on the play button above.

How does an Electric airplane work?

An electric airplane does not idle. When you start a conventional airplane, there is mechanical resistance to overcome, we must idle, and there is fuel consumed rather inefficiently while you are idling, it is in fact the worst-case scenario of combusting fuel, idle is not efficient at all. An electric airplane on the other hand, only uses energy and torch to move the airplane, so you overcome rolling resistance and that’s it. The energy use is just as efficient on the ground only for required movement as it is in flight.

As with any pioneering effort, you have the benefits of being the first and then you also have challenges since there is no roadmap, there is no one that tells you how to do things.

The FAA along with EASA are both very motivated for a clean high-tech future, they want this to happen.

However, they do not have a road map for this to happen either. We are working together with FAA and EASA to create a future pathway for how electric aircraft will be certified, how it will be brought to the market, be maintained and kept safe for the public.

When will Quantum start using eFlyer in their operations?

As soon as possible, as soon as FAA approves it and George can produce the aircraft, we will start flying it commercially, we anticipate that to be in the end of next year. It is a two-seater but I am certain that many customers will enjoy the privacy of a two-seater aircraft.

OSM Aviation Academy is going to train pilots to operate for Quantum which will be a great asset for pilots coming through that program who will already be internally familiar with the aircraft once they start operating for Quantum.  A pilot that is already familiar with the aircraft and with the systems and how to handle it is a safer pilot. You can read more about this by clicking here.

There are many benefits with the syllabus when it comes to electric training, one of them is not the flying fundamentals, when you recover from a stall then you are recovering from a stall, when you’re doing slow flight, touch and goes, etc., it is all the same. You are learning airmanship just as any other pilot indeed, on the other hand, you do not have the negative learning an internal combustion engine airplane that doesn’t necessarily translate into a turbofan that you are going to experience as a Professional Pilot, in fact, an electric motor is more similar in term of temperature to a turbofan than an internal combustion engine.

So, when we are trying to train students about flying, airmanship, controlling the airplane, navigating etc., flight path management is not carburation and magnetos and so forth, it is much more efficient focus on the flight training mission. So, the electric training becomes easier.

The future of Electric Aviation

Talking about the future of electric aviation, looking at parts from America as an example, such as California, they have a mobility problem, cities are growing, our infrastructure is aging and people spend hours and hours of their day commuting to work, some people need to commute for four hours to work. This makes electric airplanes an ideal solution to that problem, flying people to work instead of having to commute for such a long time. It would be both an economic opportunity for us and a massive benefit to the community.

There is more to come, we view the expansion of the market to be an expansion of the technology. Our engineering process with the batteries and the motor will allow a larger airplane to be unveiled very soon. we see a nine-seater coming, it will be like a king air size of an aircraft, so the future of electric aviation is very exciting.

Did you know that we are now expanding our offering to include a Drone Operator Course (DOC)? This course has been designed to give you the knowledge and skills you need to become a professional drone operator. You can read more and apply by clicking here or on the image below 👇 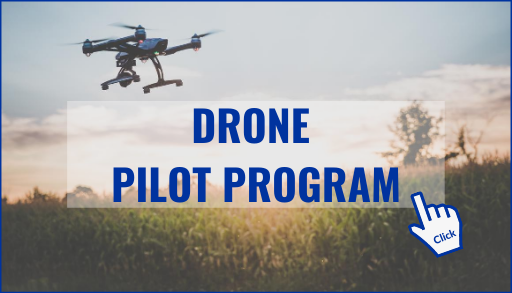 Would you like to learn more about the life of a Student Pilots at OSM Aviation Academy? In this video series, you can follow the First Officer Program 19-1 in Västerås, Sweden, and watch the life of student ... Oct 19
Read more

Circumnavigating the Earth with Robert DeLaurentis

Robert DeLaurentis, the “Zen Pilot”, is a noted aviation speaker and author of two books, “Flying Thru Life” and “Zen Pilot”.  Robert has his Visual, Instrument and Multi-engine Ratings and holds a Commercial ... Sep 03
Read more

Lilium was co-founded in 2015 by Daniel Wiegand, Sebastian Born, Patrick Nathen and Matthias Meiner. It is based near Munich, Germany - an internationally renowned high-tech hub for mobility. The founding ... Aug 16